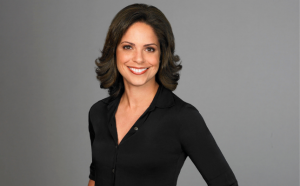 Renowned journalist, Soledad O’Brien, pinpoints mistakes to avoid, and shares financial planning advice. She was one of six siblings helping their aging parents when they could no longer manage on their own. (Her father passed away on Feb. 6, 2019, and her mother passed away not much later on March 15 of that year.)

As told to Lisa Esposito, U.S. News & World Report. Responses have been edited for length and clarity.

Q: When did you realize you had become your parents’ caregiver?

I wasn’t the primary caregiver. And I have five brothers and sisters – so I never thought of myself as: ‘I am the caregiver.’ I was the one, because I was in New York City and my parents were (too), who often helped logistically in their day-to-day care. Then I have a sister who was a doctor, so she was managing care when they were in the hospital, and a sister who was in Connecticut and she would manage the finances. And I have two brothers – so we all had a piece of it.

If you said, ‘Oh, you’re the caregiver,’ to one of us, we’d all say, ‘No, there are some amazing women who are the caregivers for Mom and Dad. We’re just trying to logistically help hold it all together.’

My parents passed away the year before the pandemic. And my mom had dementia for probably 10 years before that. They were both in their 80s and quite frail. So their deaths were certainly not a surprise. I guess I just always look back and think: Wow, there’s just so much we could have done better.

What was your parents’ experience with financial fraud?

When I first discovered my dad was absolutely being ripped off, that he was the victim of fraud, oh, my, gosh, it was terrible. And you don’t calculate your parents aren’t going to tell you things. (Eventually) he told me something like, ‘I think I’m being ripped off.’ I said: ‘What’s going on?’ And he said: ‘I got a note about getting my tax refund. But in order to get the tax refund, I had to send iTunes cards worth $400.’

My dad was literally a renowned scientist. He was a super-smart guy who navigated everything well. And I say that only because it’s very surprising when that person gets taken advantage of. You don’t think it’s going to happen.

You realize as people just get older and frail, and the world moves past them a little bit – of course he was confused. People use iTunes cards, right? They sell them at the pharmacy. So, this group instructed him to go get iTunes cards. Then they called back and said it looked like they made a mistake. They actually needed another $400 to send his tax refund … so he went back to the pharmacy and got (more) iTunes cards.

The third go-around was when he brought me in. He was so embarrassed, and he was so ashamed. That was the first red flag for me and obviously so late in the game. It was the third payment and here I am just figuring it out. And, by the way, I live maybe 40 blocks from my parents. I saw them every day unless I was traveling. So, a lot.

In a lot of ways, we just weren’t prepared for what we knew was coming down the pike.

What were other signs that you parents were struggling with confusion?

One day I went to their apartment and said: Why is there a stack of mail? It’s not opened. I kid you not: I had an entire freezer one year with delivered steaks. My husband, by the way, is a vegan. But my father decided to order, easily, $1,000 worth of these steaks for us one year. And giving money to the World Wildlife Fund: You begin to realize for a lot of elderly people, these things pull on their heartstrings. They also don’t really remember when they gave last.

Some people are out-and-out criminals. And others just know that they can dig into people who have savings and are older and maybe don’t have the ability to navigate it very well.

Was there really anything you could have done differently to prevent it?

It never really occurred to me to sit down and talk with my parents’ planner. I had my own financial planner. But when you’re not part of a conversation, it’s hard to insert yourself in somebody else’s finances.

What I could have done differently is found out with Mom and Dad: OK, so you want to give money to the World Wildlife Fund – fantastic. How much are we giving? Let’s set that up. And, obviously, you can’t interrupt out-and-out fraud, but you can help them navigate.

It was really hard for me to eventually jump in to help manage their finances, because by then, it just had gotten messy. They trusted me: I certainly had no designs on their money, but it just becomes much harder. By that time, my mom couldn’t even really sign her name.

As with many aging parents who pride themselves on their independence, was it hard having the talk about sharing information on their finances and decision-making?
Yes. And that’s why I think you need to be having that conversation at 70. Because, at 80, that doesn’t get easier. It’s not like people are: ‘Oh, sure, let me give you control.’ It gets harder. So you need to have that conversation around: ‘How are we going to get the keys away from you when you’re not a safe driver? We should add me to your cards and accounts now. Just add it, I don’t even really need to look at it. I can be helpful.’

You also had concerns about your parents continuing to live safely in their apartment – how did that conversation go?

‘So, you have it all planned out?’ My parents said, ‘Yep. We’ve got it.’ I’ve given this advice to so many friends now. Because we, as a family, really kind of messed that up. My parents’ housing situation was not good. They had an apartment but if you’re going to have live-in care, which is what they wanted – then where are you going to put people? They didn’t have an extra bedroom for a live-in caregiver. We never really walked through: ‘So this is what their apartment needs to have.’

My mom had had a fall before she really had full dementia. So we had retrofitted the bathroom. They could get around pretty well. Mom was in a wheelchair toward the end but my dad was pretty mobile. So, that was less of a problem for us. I actually think we were more attuned to the physical challenges.

When could they no longer live in their original home?

Eventually we moved them into a retirement home; a wonderful retirement home. It’s fabulous. But by then, the day I moved my mom in with her full dementia, she was crying. It was so upsetting. Because she didn’t want to go. Because there had been no conversation: Here is the plan. We had left the plan up to them, and they didn’t really have a plan, to be honest.

Finances is a big part of that plan. They were pretty good about their finances. But those nursing homes in New York City are quite expensive. Having full time, around-the-clock care is quite expensive. I think we really could have done so much better if we had (taken steps later mentioned on the podcast).

When is the right time to talk about financial planning with your aging parents?

Start these conversations early and if they’re awkward – and they always are – use your wealth planner as the person who’s the navigator, who asks the awkward questions.
I’m all over having a financial planner for my life. It never occurred to me to (reach out to) the financial planner for their lives. But if you are going to be the one responsible for what happens, you kind of have to do that.

There are ways in which you can get documents that allow you certain access. You want to make sure you’re protecting your parents. And obviously, the goal was never: I want to be able to spend Mom and Dad’s money. It was: I need to see how Mom and Dad’s money is being spent.

How did this experience shape your personal retirement plans?

It changed mine a lot and I think also my in-laws’. My husband, watching all this, started having conversations with his parents, who were 10 years younger than mine. And then I am so much more transparent with my own children. They understand: This is how I want to live. These are my goals for my retirement, these are my goals for my end of life.

Parents love to say – my parents were no different – ‘I don’t want to burden you.’ And yet, when you don’t have these (plans), you do burden people. Leaving it undone, and unsaid and unmanaged is a burden.

So, I’m not telling my kids I don’t want to burden them. It’s, ‘Let’s do the messy, hard stuff on the front end so on the back end we’re just executing what we planned.’ My strategy is: It’s not about the balance in your account, it’s about the life you want to lead. Are you living the way you want to live? And I think that’s through your entire life journey.

END_OF_DOCUMENT_TOKEN_TO_BE_REPLACED

“If it wasn't for humor, we wouldn't have gotten through any of this,” comedian Chris Garcia says of his family’s Alzheimer’s experience. His father, Andres, a Cuban refugee, died from complications due to Alzheimer’s in 2017. “Luckily my mom is the funniest person in...

END_OF_DOCUMENT_TOKEN_TO_BE_REPLACED

How did you become the caregiver for your loved one? I was 10 when my mom got sick and when I was 19, I stepped into the primary caregiver role to give my dad more time on the farm. What is the hardest thing about being a caregiver and the most rewarding thing?...