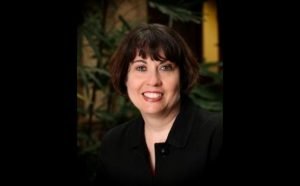 In early 2001, we began to notice changes in my mom. She was becoming forgetful. For ten years, we watched as she declined and Alzheimer’s took over her brain.

My father was her constant companion and caregiver. As she neared the end of her life, my father fell and sustained a traumatic brain injury. On Valentine’s Day, Dad took me out to dinner. The next day I got a call that he had fallen and suffered a subdural hematoma.

Things would never be the same. Three months later, my mom passed away. Then my focus fully shifted to supporting and encouraging my father. For the next six years, my father was completely incapacitated and lived in a nursing facility. He never walked again and began to experience severe cognitive decline.

I had supported my dad as he cared for my mom for many years. Then over night, I became his full-time caregiver following his fall and traumatic brain injury.

I went from being a daddy’s girl to being his caregiver. I always depended a lot on my parents. They were very supportive and I could call them for anything.

The hardest thing for me about being a caregiver is just wanting things to go back to normal. I wanted to go to Cracker Barrel on Saturday morning with my dad. I wanted to call him to run an errand for me. I wanted the freedom to go on a weekend trip to visit relatives. It was the rather mundane stuff that I missed the most.

The most rewarding thing about being a caregiver is that my parents would have done almost anything for me. With my mother’s Alzheimer’s and my father’s illness, it was my turn to do for them.

I think the most important thing is for caregivers to draw on your resources. Don’t be afraid to ask for help. Let your church friends support you. Let the nursing staff do their job. Let family take a turn at visiting so you can take a break. For me, caregiving wasn’t a burden, but it could be hard. Sometimes, I just needed to take a week off and let my dad’s friends or other family check in.

Caregiving has taught me that you have to be flexible!

END_OF_DOCUMENT_TOKEN_TO_BE_REPLACED

Gary Barg is Founder and Editor-in-Chief of Caregiver Media Group based in Fort Lauderdale. Since 1995, it has published Today’s Caregiver magazine, Caregiver.com, and hosts the Fearless Caregiver Conferences across the country. Barg explains what pushed him to start...