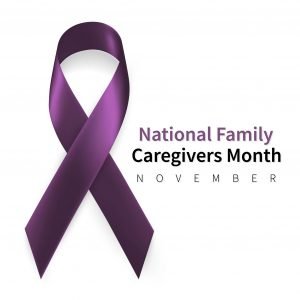 #CaregivingHappens raises awareness of your role as a family caregiver as people realize that you may be running late because you’re picking up your loved one from chemo or your friend understands that you’re not avoiding them, you’re caring for your mom with Alzheimer’s.

#CaregivingHappens when you’re busy with something else or have plans. It may make you miss meetings or other appointments.

When #CaregivingHappens, it’s not always convenient or expected. We understand, and we get it.

Who Are Family Caregivers?

A caregiver—sometimes called an informal caregiver—is an unpaid individual (for example, a spouse, partner, family member, friend, or neighbor) involved in assisting others with activities of daily living and/or medical tasks. Formal caregivers are paid care providers providing care in one’s home or in a care setting (day care, residential facility, long-term care facility). For the purposes of the present fact sheet, displayed statistics generally refer to caregivers of adults.

According to estimates from the National Alliance for Caregiving, approximately 66 million Americans (or 29 percent of the adult U.S. adult population involving 31 percent of all U.S. households) have served as family caregivers for an ill or disabled relative.

Estimates also suggest the majority of caregivers are female. The percentage of family or informal caregivers who are women range from 53 to 68 percent, according to the Family Caregiver Alliance. While men also provide assistance, female caregivers tend to spend more time providing care than male caregivers (21.9 versus 17.4 hours per week). Further, women are likely to assist with more difficult caregiving tasks, such as toileting and bathing, while men are more likely to assist with finances or arrange for other care.

Youth as caregivers. Many children and adolescents, referred to as caregiving youth, are also serving as caregivers for sick or disabled siblings, parents or aging relatives. Nationwide, there are approximately 1.3 to 1.4 million child caregivers who are between the ages of 8 and 18. Of the 28.4 million caregiving households that have a child 8 to 18 years of age living there, 3.2 percent, or 906,000 households, include a child caregiver. More than 8 million U.S. families include at least one parent that has a disability.

Young Adults as caregivers. Between 12 to 18 percent of the total adult caregivers in the US are estimated to be between the ages of 18 and 24, a group known as emerging adults, and they have many of the same caregiving responsibilities as older adults.

Elders as caregivers. Many caregivers of older people are themselves older adults. Of those caring for someone aged 65 or older, the average age of caregivers is 63, with a third of these caregivers in fair to poor health themselves.

LGBTQ+ as caregivers. Almost half — 46 percent — of lesbian, gay, bisexual and transgendered elders provide caregiving assistance to families of origin or families of choice.

Estimates suggest that the number of caregivers will only continue to rise. Two-thirds of the U.S. public expects to be caregivers in the future, and 43 percent report that it is very likely that they will become a family caregiver at a future time.

The number of Millennial caregivers is growing, and the characteristics of these caregivers are unique. Sometimes, generational differences in perspective can make caregiving more challenging, which this program will discuss. Specific resources for this segment of...

END_OF_DOCUMENT_TOKEN_TO_BE_REPLACED

What About Medicare and Aging in Place?

Will Medicare pay so my care recipient can age in place? Depending on the circumstances, Medicare may help cover services that involve skilled nursing, social work, or physical, occupational, or speech therapies. There are some general guidelines that apply, though,...

END_OF_DOCUMENT_TOKEN_TO_BE_REPLACED

A Thanksgiving Prayer for Caregivers