Read the first part of this caregiver’s story here: My Long-Distance Caregiving Challenges 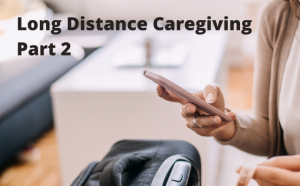 We went to Alabama over Memorial Day weekend. We stayed in a hotel in order to:

Mother can no longer do anything herself re: mobility. She is weaker and weaker and not able to help the aides get her out of her chairs for transfers. Part of the problem is that her heart meds have caused her to lose her sense of taste, so she is not eating. Basically, she is subsisting on buttermilk and canned tomato soup. The personal assistance company is trying to get two containers of nutritional drink into her daily but she plays hide and seek with the containers. She has lost a lot of weight, which means she has also lost muscle.

She still insists she is STRONG.

When we arrived, the owner of the personal assistance company was at her house, as she had gone to the beauty shop to have her hair done, and when she goes on appointments, he has to help get her into and out of her car. He also drives the car. He has done an amazing job of assembling several caregivers to assure she has 24/hour care.  She does not like all of them, but that is quite a feat!

Several weeks before we went, he had called me to say they were recommending she get a lift chair and that my cousin suggested she be evaluated for hospice. Hospice is covered by Medicare and will cover a lot of the supplies she currently has to pay for (incontinence and nutritional drinks) as well as any further DME (editor:  durable medical equipment) needed. I thought both ideas sounded great — the lift chair would help with transfers and hospice would save her money.

Well, she was infuriated and obstinate and not willing to consider either.

But, a few weeks before we went there she got the lift chair, and proceeded to complain about it nonstop. And, last week after several false starts, she was enrolled in the hospice program. Her favorite aid’s mother is a nurse for the company, and last year she free lanced changing mother’s leg wound bandages for several months.

I had been asking Mother to send me a list of her medications, as I thought maybe there was a medication reason for the loss of taste. My cousin had been telling mother that at her age, people lose taste buds. Her partner is Mother’s cardiologist, and she prescribes those meds. They deny the side effect of loss of taste. However, a “consulting” pharmacist,  part of a program in Fort Worth, noted that pretty much every drug she is on now causes loss of taste.

Last Thursday Mother had a visit with her cardiologist and took the report from the consulting pharmacist. The physician said “nothing I am prescribing to you causes that”. The visiting aid confirmed he is the same doctor I remember from when she had her pacemaker installed.

While we were there, she also wanted me to read her revised will and write down the account numbers for all of her financial accounts. That worked out well, as I wanted to get that information anyway.

She keeps asking “why am I still here?”

I don’t think she will be for long, but I hope hospice people can do something to restore her taste a bit.  It is not humane for it to be from self starvation when there are ways to alleviate that.

*Editor notes:  Some editing has been done to the original article submitted.  Names of people and companies have been replaced with “she”  and “personal assistant/assistance” Due to our public funding, we do not endorse a service or business or suggest that we do by using a company name. 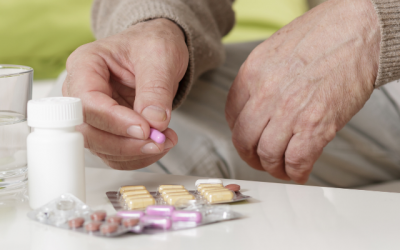 How did you become the caregiver for your loved one? After the passing of my Mother. What is the hardest thing about being a caregiver and the most rewarding thing? Having enough energy and the reward is you got it done. What advice would you give to other caregivers?...

END_OF_DOCUMENT_TOKEN_TO_BE_REPLACED 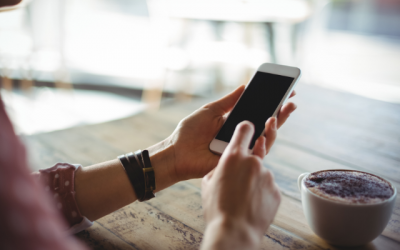 Editor’s note: This article was written by a 62-year-old woman still working full time and helping her mother who lives 650 miles away in another state. At the end of the article, find seven helpful tips, “What I learned that I hope can help other caregivers.” Read...

END_OF_DOCUMENT_TOKEN_TO_BE_REPLACED 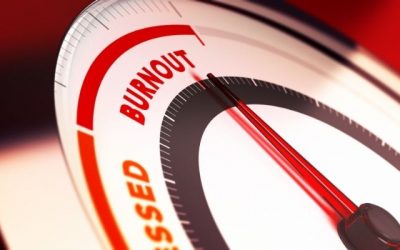 My mom moved in with my family of five and myself seven years ago. I have two siblings who do not help with Mom; they are MIA! She is bipolar, negative, disabled handicapped, diabetic, thyroid issues, bigger woman, and very much needy. However, to me she is my sweet...