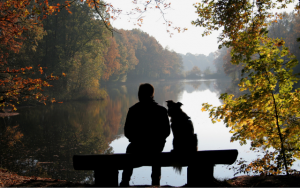 After being off work for a period of time, I returned to find that one of my longer term hospice patients had died. I had spent a lot of hours with this patient, her spouse, children and hired caregivers over the course of her time on hospice. I reached out to the family to arrange a bereavement visit for support.

Upon my arrival, the patient’s husband “Jim” was sleeping in a chair. He, like his wife, has advanced dementia. I asked the daughter how Jim had adjusted to his wife’s death. She replied, ‘He just doesn’t get it! He’s so angry and thinks we are lying. I keep showing him the obituary and he thinks it’s a conspiracy and we are hiding her somewhere.”

Oh, the heartache. For all parties. Jim’s spouse of over sixty years is gone. His dementia has always had a theme of prosecution, anger, and conspiracy. How can he make sense of the fact that his wife is dead?

The daughter shared with me that her mom’s death was peaceful and quiet at home. The hospice nurse had encouraged Jim to say goodbye at the bedside. When she informed him that his wife had died, he became very agitated and accused the nurse of killing her. His son arrived to the home and was able to calm him down by sitting with him in the backyard.

Now, Jim sits alone in his chair asking multiple times a day where his wife is. His long-term caregiver tells me that she was instructed by his daughter to keep showing him her obituary whenever he asks about her. I asked both the caregiver and daughter if they have had any success using this approach. “His only response is that he doesn’t believe us, and he’s really mad, and curses us out.”

Is it more harmful to keep trying to convince this man that his wife is dead than to let him believe otherwise? What’s the right thing to do here?

When all else fails, it may be okay to stretch the truth. For this family, the family and caregivers came to an agreement. They believed that they were causing significant distress and heartache by telling Jim multiple times a day that his wife had died. They decided that when Jim asked about his wife, if distraction didn’t work, they were comfortable telling Jim that his wife went to work rather than telling him that she died.

I checked back in with the family a couple of weeks later and the house was much calmer. The daughter said that she felt compelled to keep telling her dad that mom had died until our conversation. The family and caregivers have now experienced some respite from the agitation and anger that Jim was exhibiting daily from hearing the news that his wife had died. The caregiver said that Jim is more pleasant and has even hummed a tune here and there over his morning coffee.

There’s no easy answer when helping someone with dementia deal with the loss of their loved one. If we approach the situation from a place of empathy and creativity, we can do our best to ease their way along this difficult terrain.

END_OF_DOCUMENT_TOKEN_TO_BE_REPLACED

You already know that a bad diet and a permanent indentation on the couch aren’t good for your brain. But there are some lesser-known daily routines that could be undermining your cognition, says Jessica Caldwell, a neuropsychologist and director of the Women's...