Editor’s Note: This is the first in a series about what happened when a working caregiver’s mother had to go into the hospital. This post is about the initial emergency room visit. Next in this series is the hospital stay and lastly the post-hosptial/home care experience. 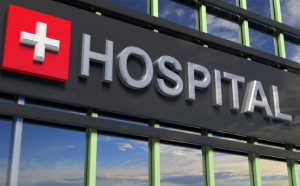 “I need you. I just don’t feel right,” said my mom on the phone call at 10:30 am on a Tuesday morning. It took me until 12:30 pm to cover the rest of my day, re-arranging a busy schedule. When I got to my mother’s home it was obvious that my 77 year old widowed mother was very ill.

My mother has diabetes, high blood pressure, and chronic pain. She was complaining of her stomach hurting and dizziness and general overall fatigue. She had not wanted to get out over the weekend as we usually do so I knew she had not been well for several days.

She seemed to have a fever but she did not know where the thermometer was. Her blood sugar levels were extremely high. She had not gotten a flu shot because she said that last year it made her sick.

I suggested we call the doctor but she had not been real happy with the doctor she had been using. I suggested that we go to the emergency room but she said she felt too bad to go and sit in a hospital ER waiting room which was what happened the last time we had to go. I suggested we call 9-1-1 and at least have the fire department paramedics check her out. She did not want to do that either.

She told me that maybe she would start feeling better, but needed me to be there so she was not so scared and alone. She drank some water but did not want lunch. I continued to talk to her about my concerns that she was ill. I felt helpless, frustrated and angry that nothing I suggested was working.

And hour and a half after I arrived I said, “I have an appointment in two hours but I don’t feel right leaving you alone feeling this way. I don’t know if I can reach someone to re-schedule. Will you at least agree for me to call 9-1-1 so someone can tell us what may be going on?” Reluctantly she agreed but asked me to tell them not to come with the sirens running although the dispatcher could not guarantee that.

Within minutes I met three members of the fire department and told them her symptoms. Compassionate, professional, and efficient, within minutes of checking her vital signs the lead paramedic said, “You need to go to the hospital. You have a fever, your blood sugar is extremely high and you need help we cannot give you.” She agreed and within minutes she was on the way to the local hospital in her first ambulance ride. We agreed that I needed to follow her after gathering up important papers, insurance cards, and shutting the house.

Because she arrived in an ambulance she bypassed the ER waiting room. However, due to an over-crowded ER center she has placed into a cubicle separated by curtains from other cubicles at a ‘crossroads’ of activity around the corner from the nurse’s station. I arrived soon after she was placed here and ER staff were putting in an IV and so began all of the testing – EKG for her heart, blood work, urine samples and other testing. Tests had to be done before she was given pain medication.

But mostly what we did was wait. And wait. Under those bright lights that are good for staff and terrible for patients and families. We would buzz for water, to know what was going on, and help and frequently it was several minutes before anyone even responded on the call button and then several more minutes before any help came. What was striking is that few of the staff ever introduced themselves by name. Their task was the mechanics of evaluation and giving medications. Unfortunately this was our choice of hospital and we would go again as it is one of the best! I have heard similar stories or worse from others. Too many patients, too little staff, too few resources.

After an hour and a half of constant traffic, staff talking, a screaming child in pain placed in the next cubicle followed by a young woman experiencing a miss-carriage with a lot of family and friends coming and going, I asked staff to move my 77 year old very ill mother. After another 30 minutes they came and got her and wheeled her to a private ER room. Unfortunately, it was another 30 minutes before staff came in because in the transfer to another area, she was somehow forgotten.

Some of the staff was great and some of them were awful. They may all be different people off the job but they were not all great health care providers. What was painfully obvious is that their major role was to do their paperwork: verifying that she was the person that they needed to treat, getting information into a computer. It often felt that the chart and paperwork were more important than the patient.

We still did not know what was going to happen but finally my mother was hungry. The hospital cafeteria had closed so staff recommended that I go get her something to eat. I left the hospital and drove through a fast food restaurant close by and brought her back a chicken sandwich.

The doctor came in around 9:00 pm and told us that her diagnosis was Nephritis, a serious kidney infection. She had probably had a urinary tract infection for a while, which she is prone to have. The doctor recommended that she be admitted into the hospital for treatment. Having arrived at the hospital ER at 2:00 pm she was taken to a hospital room at 12:30 am.

Me? I was the advocate: on constant alert to ask questions, ask for help, go find staff, ask for her to be moved, ask about food, and a dozen different details. Unfortunately my only other sibling, an older brother, was ill himself so I kept him and his wife updated via phone. I don’t know what would have happened if she had been alone.

END_OF_DOCUMENT_TOKEN_TO_BE_REPLACED

Marlee Matlin knows she owes a lot to her mother: Libby Matlin was one of her biggest cheerleaders as she embarked on an acting career, beginning at age 7 with the role of Dorothy in a local theater production of "The Wizard of Oz." Before losing her mother to...