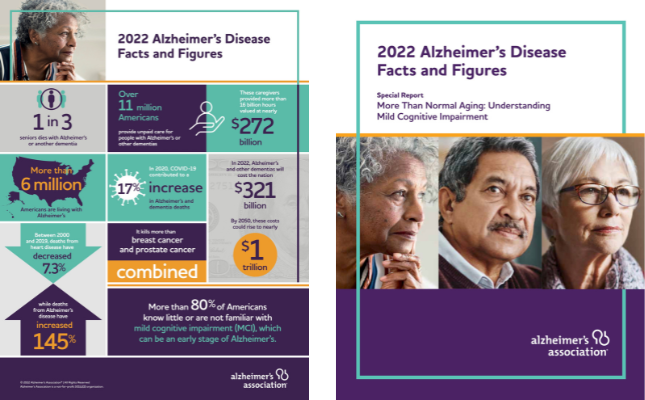 Alzheimer’s Disease Facts and Figures, an annual report released by the Alzheimer’s Association, reveals the burden of Alzheimer’s and dementia on individuals, caregivers, government and the nation’s health care system.

The accompanying special report, More Than Normal Aging: Understanding Mild Cognitive Impairment (MCI), examines the challenges that physicians and the American public face in understanding and diagnosing mild cognitive impairment (MCI), which is characterized by subtle changes in memory and thinking. It is estimated 10% to 15% of individuals with MCI go on to develop dementia each year.

Eighty-three percent of the help provided to older adults in the United States comes from family members, friends or other unpaid caregivers. Nearly half of all caregivers who provide help to older adults do so for someone living with Alzheimer’s or another dementia.

Who are the caregivers?

Alzheimer’s takes a devastating toll on caregivers. Compared with caregivers of people without dementia, twice as many caregivers of those with dementia indicate substantial emotional, financial and physical difficulties.

Of the total lifetime cost of caring for someone with dementia, 70% is borne by families — either through out-of-pocket health and long-term care expenses or from the value of unpaid care. 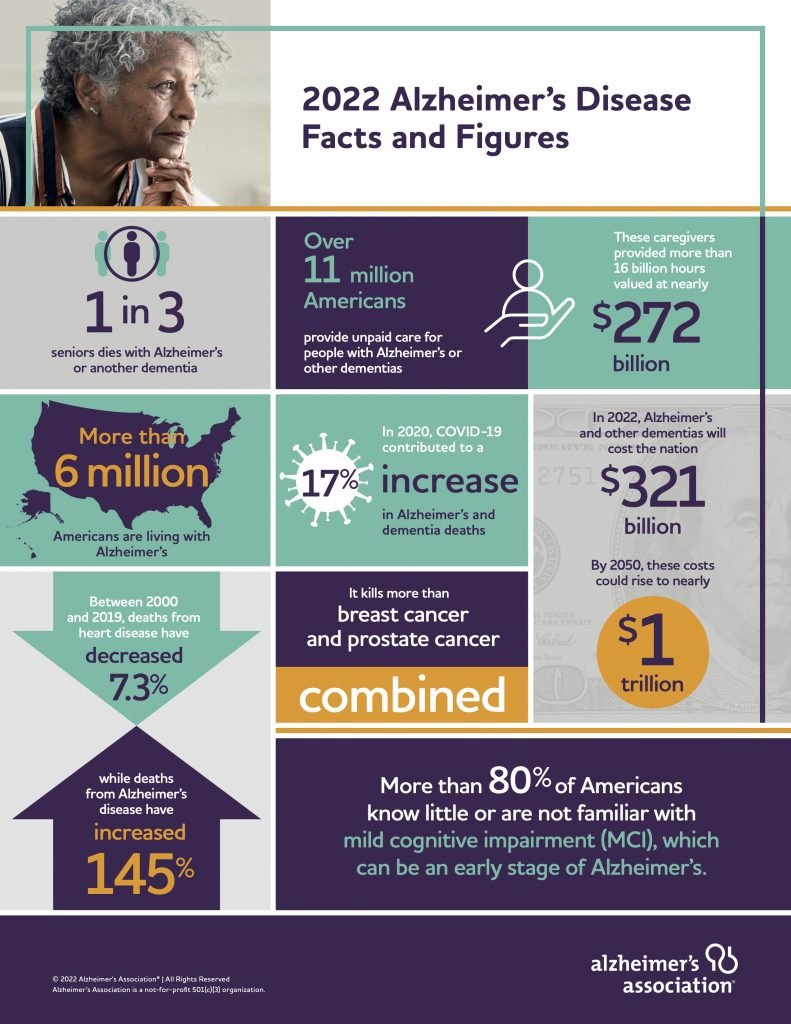 END_OF_DOCUMENT_TOKEN_TO_BE_REPLACED

You already know that a bad diet and a permanent indentation on the couch aren’t good for your brain. But there are some lesser-known daily routines that could be undermining your cognition, says Jessica Caldwell, a neuropsychologist and director of the Women's...